Emirates Airlines is a world-famous airline based in Dubai, UAE. Emirates airline is an Emirates Group's subsidiary. The group is wholly owned by the Dubai's government Investment Corporation of Dubai.

Emirates is the largest airline found in the Middle East. It operates more than 3,600 weekly flights from its hub located at Dubai International Airport, to over 140 cities in 81 different countries across 6 continents. A number of new destinations are added annually. Emirates SkyCargo undertakes company's cargo activities.

In the mid-1980s, Gulf Air started to cut back its Dubai services. As a result, in March 1985 the company of Emirates was conceived with backing from the royal family of Dubai, via Pakistan International Airlines providing a couple of the first aircraft for the airline on wet-lease. Through US$10 million start-up capital Emirates was required to operate independently of government subsidies. Pakistan International Airlines also provided training facilities to the cabin crew of Emirates in its academy. In the years following its establishment, the Emirates airline expanded both its destinations and its fleet. 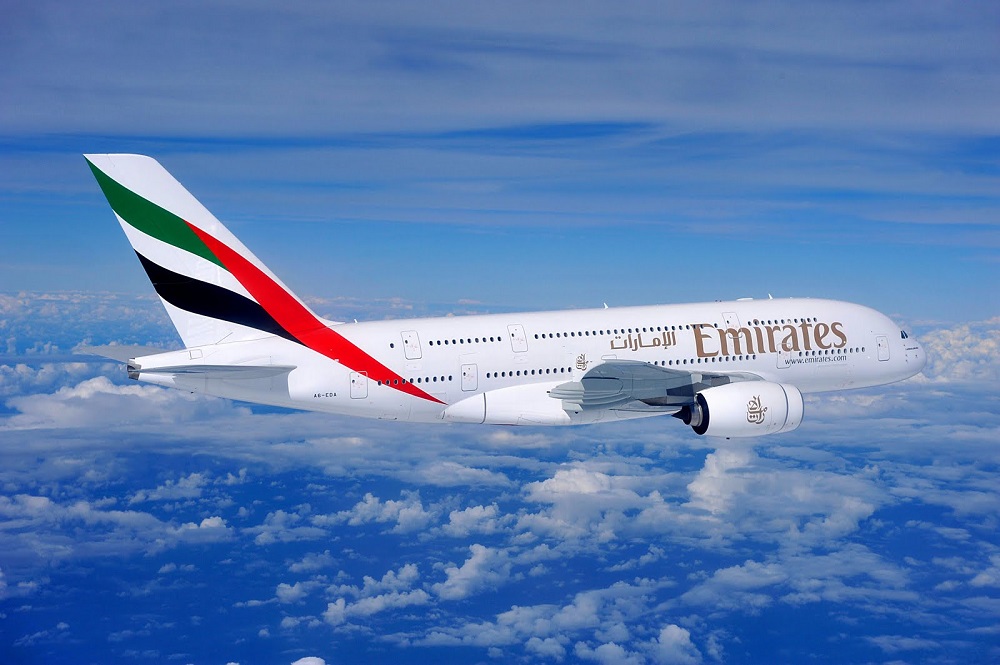 Terminal 3 at Dubai International Airport was built exclusively for the use of the Emirates airline at a cost of US$4.5 billion. It was officially opened on October 14, 2008. Terminal 3 is the world's 2nd largest building by floor space, with more than 423 acres (1,713,000 m2) of space. It is 2nd only to Boeing Everett Factory. Dubai's Terminal 3 has capacity of 43 million passengers per year. The brand new concourse 3 was opened on January 2, 2013. It is built exclusively for A380-800.

Emirates airline operates a mixed fleet of Boeing and Airbus wide-body aircraft. It is among the few airlines operating a fleet of all-wide-body aircraft. As of November 2017, the company is the largest operator of Airbus A380 with 100 planes in service and 42 in orders. Since its introduction, Airbus A380 has become a major part of Emirates fleet on high-traffic long-haul routes. Emirates is also the largest Boeing 777 operator in the world with more than 130 planes in service.

On November 12, 2017 Emirates "renewed its aircraft buying spree". The company agreed to buy Boeing's 787 Dreamliners for US$15.1 billion. The first deliveries are planned for 2022 and the deal includes 40 of the 787-10, the biggest available Dreamliner. The deal was described by Wall Street Journal as a "painful loss" for Airbus, because until 2014 the company had sold Emirates its A350 model, and had expected a deal for A380 super-jumbos. 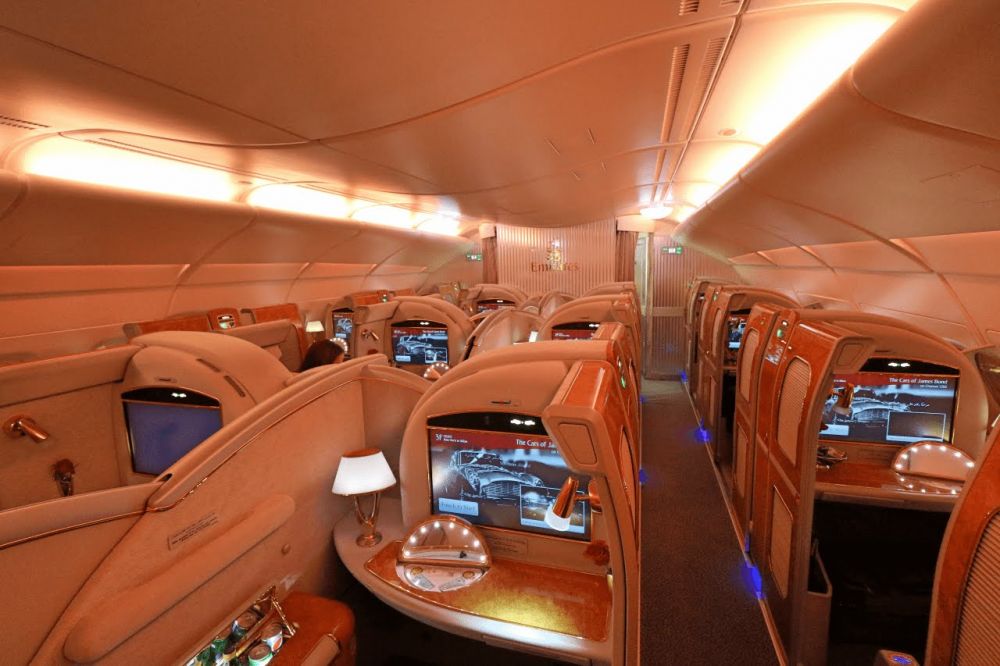 Baggage allowances varies depending on the class of travel, Emirates Skywards membership tier, and route. Passengers can use carrier's baggage allowance calculator to know exactly what cabin baggage they may bring onboard. 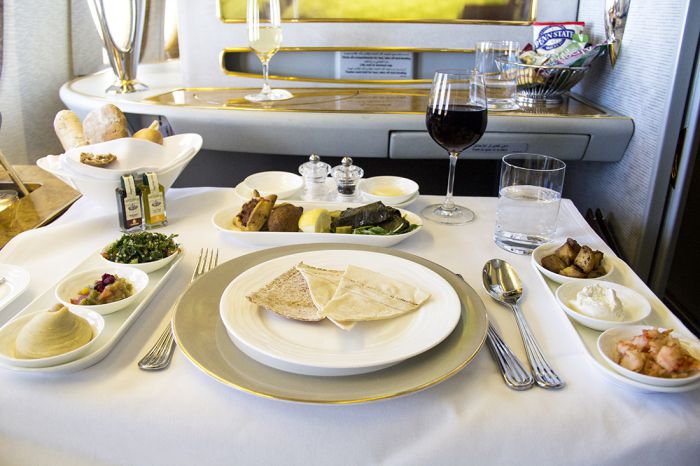 Catering on Emirates Airlines flights from Dubai Intl is provided via Emirates Flight Catering operating one of the world's largest airline catering facilities. Emirates provides special meal options, available in all classes, and based on dietary restrictions, age, preference, religious observance. Special meals have to be ordered in advance, at least 24 hours prior to the flight departure time. However, Halal meals don't have to be booked as these are part of the normal meals.

Emirates Airlines First class meals include delicious canapes, cold and hot drinks as well as on-demand dining. The regionally inspired menus are all served on Royal Doulton fine bone china with Robert Welch cutlery. Along with extras like cold and hot snacks in the carrier's Onboard Lounges, passengers can choose from a selection of fine wines and limited editions.

Passengers can choose from regionally inspired meals with local ingredients, such as Grilled Chicken Breast with Caramelised Plums or Lamb Brochette with Arabic Spices. They can also relax with a range of complimentary drinks in flight, like cocktails and wines. And for a small fee, travellers can toast their flight with champagne. Kids can enjoy Emirates Airlines meals prepared just for them.