Ryanair Ltd. is a low-cost Irish airline established in 1985 and headquartered in Swords, Dublin. Its primary operational bases are at London Stansted and Dublin airports. In 2016, the airline was the largest in Europe by scheduled passengers flown.

Ryanair airline operates 403 Boeing 737-800 aircraft. Single 737-700 is used primarily as charter aircraft, as well as a backup plane and for training. Ryanair has been characterised by rapid expansion, which is a result of deregulation of aviation industry in Europe (1997) and successful low-cost business model. The route network of Ryanair serves a total of 34 countries in Europe, Africa and the Middle East.

As of 2014 the head office of the airline has been in Airside Business Park, Swords, County Dublin.

New Ryanair aircraft feature no seat-back pockets, non-reclining seats, safety cards on the back of the seats, life jackets stowed overhead rather than under seat. This allows Ryanair to save on aircraft costs and also enables faster security checks during short turnaround times. 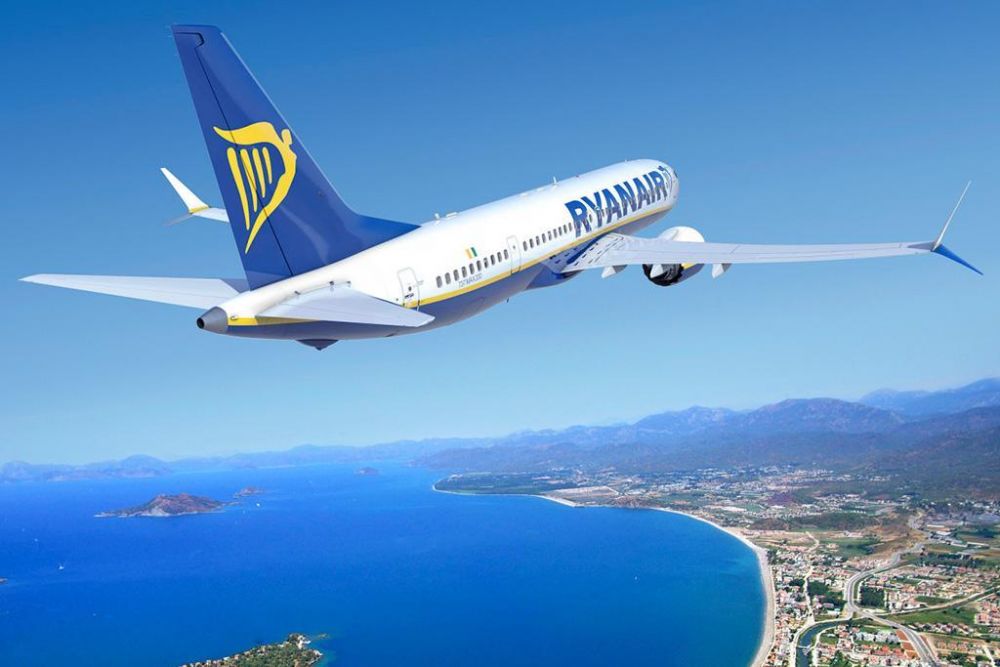 The largest base of Ryanair is at London-Stansted UK with 43 aircraft followed by a home base at Dublin. The airline operates from 84 bases which connect a total of 33 countries in Europe and North Africa, with some only basing single aircraft.

Ryanair prefers to fly to smaller/secondary airports outside major cities to benefit from quick turn-around times and lower landing fees to reduce costs.

At Ryanair passengers can choose from 2 different travel classes: Economy and Business Plus. 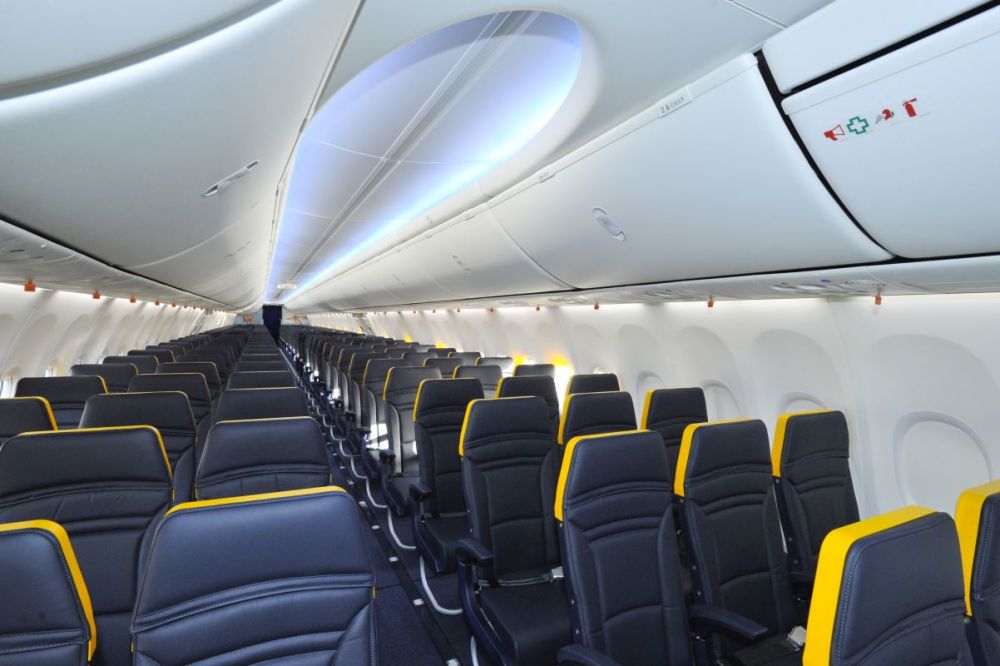 As part of company's Always Getting Better, Ryanair reduced their check-in bag fees and increased the check-in bag allowance to 20 kg (from 15 kg).

Ryanair offers no complimentary drinks or sandwiches. However, passengers can buy food and drinks onboard. They are also welcome to bring their own food, but hot drinks cannot be carried due to security concerns and can be purchased from the inflight menu. Passengers are not permitted to bring their own alcohol onboard, but can buy alcoholic beverages from the inflight menu.

A variety of snacks, choices of hot or cold beverages, a full range of wines, beers and spirits are all available to buy from airline's onboard bar and detailed in the inflight magazine.

Disclaimer for airline RYR data
Ryanair (RYR) information and dates are derived from PlaneMapper database. The data is for informational purposes only and PlaneMapper is not responsible for the accuracy and reliability of airline Ryanair data.