Air France (stylized AIRFRANCE), is the flag carrier of France. The carrier is headquartered in Tremblay-en-France. Air France is a subsidiary of Air France-KLM Group as well as founding member of SkyTeam global airline alliance. The global hub of Air France is at Charles de Gaulle Airport with Orly Airport. The corporate headquarters of the airline, previously located in Montparnasse, are currently north of Paris, on the grounds of Charles de Gaulle Airport.

Air France was established on October 7, 1933 following a merger of Compagnie Internationale de Navigation Aerienne, Compagnie Generale Aeropostale, Air Union, Air Orient, and Societe Generale de Transport Aerien. From 1950 until 1990, during the Cold War, it was one of the 3 main Allied scheduled airlines which operated in Germany at Tegel and Tempelhof airports, West Berlin. In 1990, Air France acquired the operations of the domestic carrier Air Inter and its international rival Union de Transports Aeriens (UTA). Prior to its merger with KLM in 2003, the company served as the primary national flag carrier of France for 7 decades. 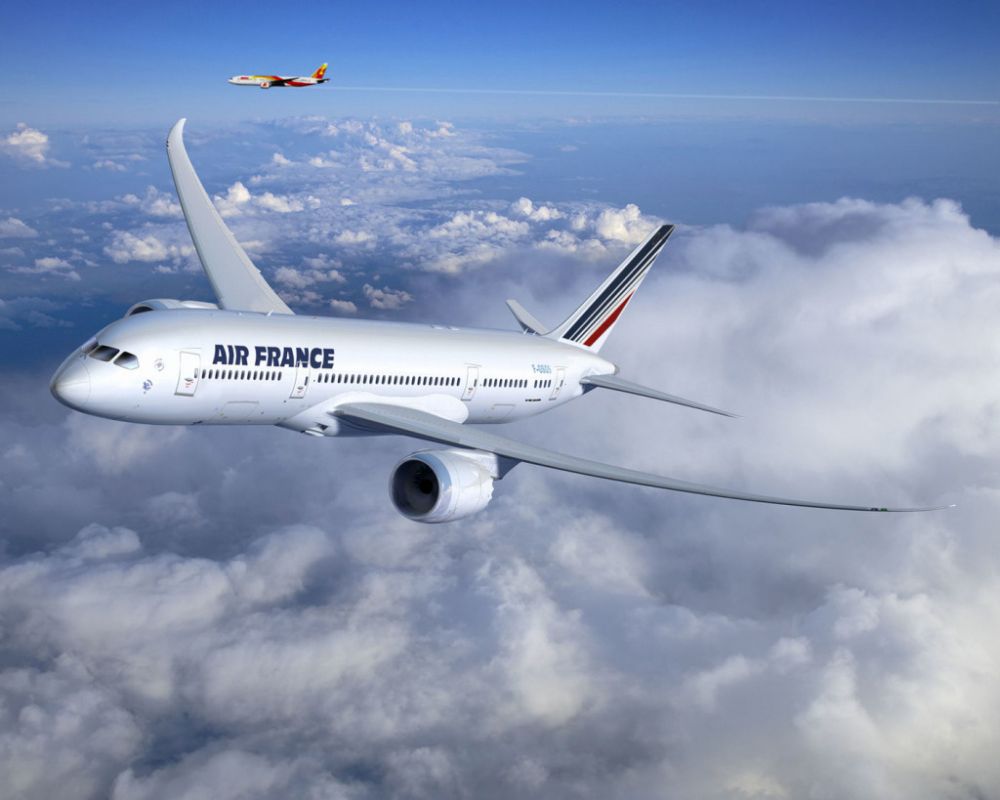 Between April 2001-March 2002, Air France carried a total of 43.3 million passengers and had a revenue of EUR12.53 billion. In November 2004, the carrier ranked as the largest airline in Europe with 25.5% total market share. It was also the world's largest airline in terms of operating revenue.

Air France operates a fleet of Boeing and Airbus widebody jets on long-haul routes. On short-haul routes the carrier uses Airbus A320 family aircraft. On November 20, 2009 Air France introduced A380 with service to New York's JFK Airport from Charles de Gaulle Airport in Paris. The regional airline subsidiary of Air France, HOP!, operates most of its European and regional domestic scheduled services via a fleet of regional jet aircraft. 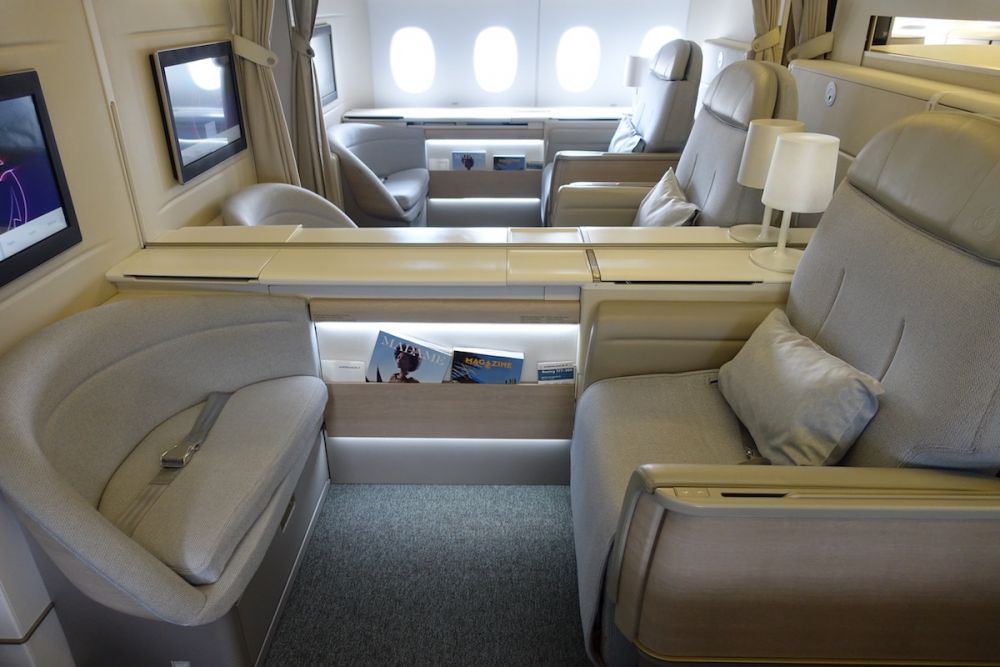 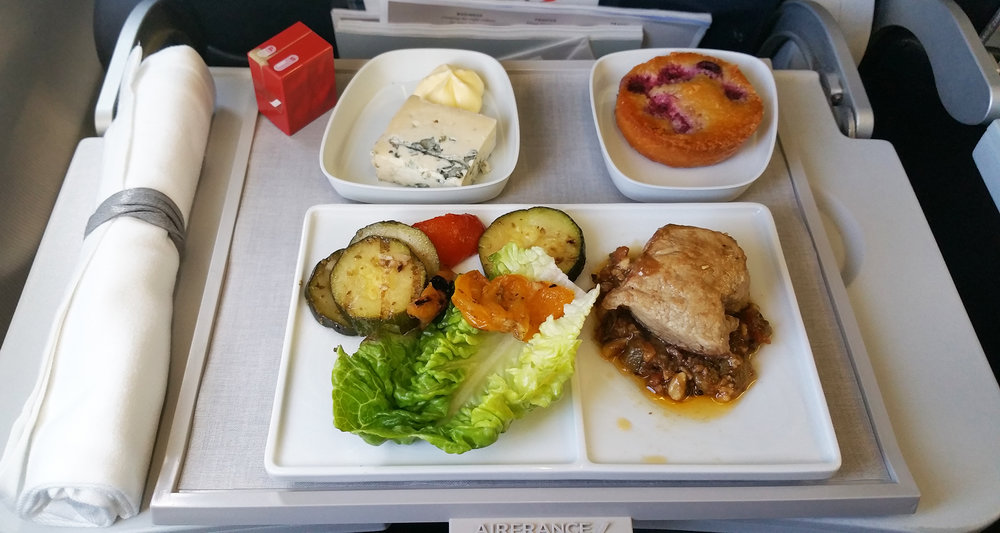 Air France meals are all included in the price of the ticket. The airline offers passengers an option to pay to upgrade the economy class meals. On long-haul flights Air France offers a menu of the day at no extra charge for all travel classes and destinations. Also available are hot and cold drinks, with or without alcohol.

Economy class clients on longer flights enjoy a self-service buffet with savory treats, mini-sandwiches, fresh products, sweet and ice cream. They can pay to upgrade their inflight meal with a la carte dining options. Prices start at EUR12 and can be added to passenger's booking at the time of reservations or via the manage your booking section of Air France website. Orders are placed from 90 days until 24 h before departure.

Disclaimer for airline AFR data
Air France (AFR) information and dates are derived from PlaneMapper database. The data is for informational purposes only and PlaneMapper is not responsible for the accuracy and reliability of airline Air France data.