EasyJet is a popular British airline, which operates under the low-cost model. The carrier is based at London Luton Airport and operates international and domestic scheduled services on more than 820 routes in over 30 countries.

Since its establishment in 1995, EasyJet airline has seen expansion having grown via a combination of base openings and acquisitions fuelled by customer demand for low-cost flights. Along with associate companies easyJet Switzerland and easyJet Europe, the airline operates over 200 aircraft, predominantly Airbus A319. EasyJet has 28 bases across Europe, with the biggest one being Gatwick. In 2014 EasyJet carried over 65 million passengers, making it the 2nd-largest airline by number of passengers carried in Europe, behind Ryanair.

EasyJet airline was featured in the TV series Airline broadcast on ITV following airline's operations at UK's London Luton and afterwards at other bases. The pilot training scheme of EasyJet was the subject of another TV series on ITV, easyJet: Inside the Cockpit, premiered August 2017. 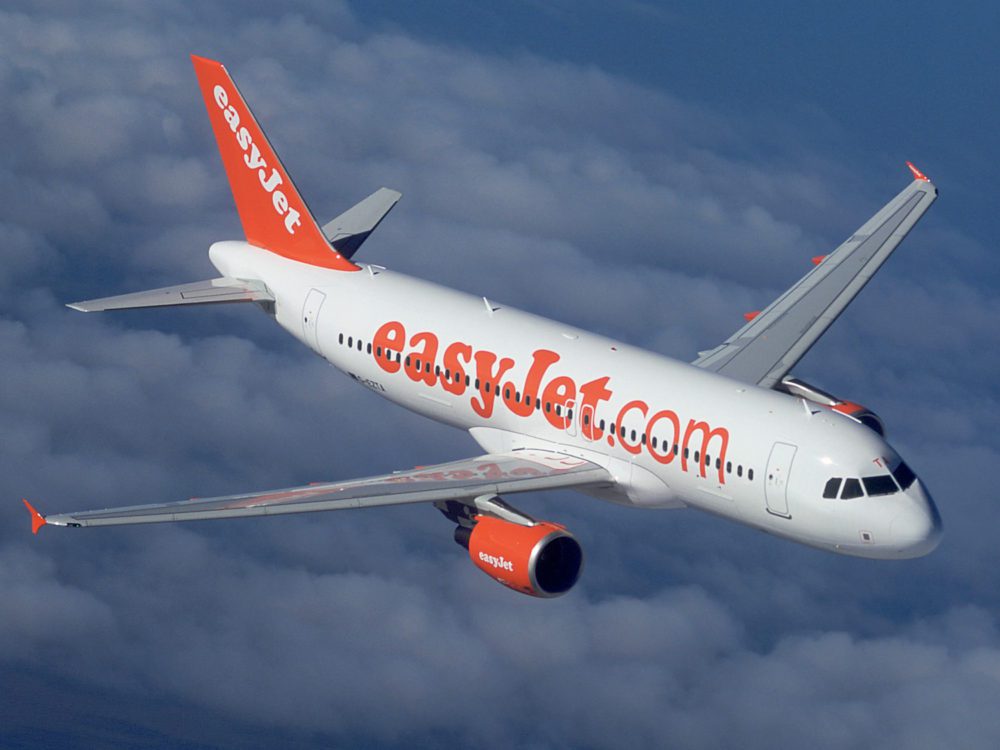 EasyJet, just like Ryanair, uses the business model first introduced by Southwest Airlines. EasyJet and Ryanair adapted it for the market in Europe via further cost-cutting measures like not providing complimentary snacks onboard or selling connecting flights. The key points of the business model include quick turnaround times, high aircraft utilisation, charging for extras (like food, priority boarding and hold baggage) and keeping operating costs low. A main difference Ryanair and easyJet have from Southwest is that they both fly young fleets of aircraft. Southwest features an average fleet age of nearly 12 years whereas easyJet's and Ryanair's average fleet ages are a little over 6 years each. However, the strategy of easyJet differs from that of Ryanair in several areas, with the most noticeable being that easyJet flies to the cities' primary airports for the convenience of its passengers, while Ryanair chooses secondary airports to reduce costs.

Much like Southwest, initially easyJet didn't allocate seats and passengers took any available with the option to pay for carrier's "Speedy Boarding" and be the first to board the aircraft. Since 2012, travellers are allocated numbered seats prior to boarding, as it was found that it doesn't slow down the process and could earn much more than Speedy Boarding. Passengers are now able to pay an additional fee for certain seats including the front few rows and the overwing seats (featuring extra legroom).

EasyJet flies in point-to-point model rather than hub & spoke model. Its 5 largest bases include London Gatwick, London Luton, London Stansted, Bristol Airport and Milan–Malpensa. Currently, the smallest base of the airline with 2 aircraft is Toulouse–Blagnac Airport.

Today, easyJet has 19 bases in Europe. Despite it being a British carrier and having a prominent presence there, the airline also boasts a significant presence in Germany, France, Spain, Italy and other European countries. Its biggest market is the United Kingdom, containing the largest base of easyJet and 9 others plus 6 other non-base airports. Its 3 largest British bases in order of size include London Gatwick, London Luton and Bristol Airport.

EasyJet aircraft cabins feature single class, high density layout. Carrier's main fleet, which comprises Airbus A319 and A320 aircraft, can carry up to 156 and 186 passengers, depending on layout. The typical Airbus A319 can accommodate approx 140 passengers in single class configuration. As EasyJet does not serve meals on shorter flights, the airline opted for small galleys and had the lavatory installed in a space that was not in use at the rear of the airplane. The space saved by smaller galleys made possible the installation of a total of 156 seats. Due to the seating arrangement, in order to satisfy safety requirements EasyJet's Airbus A319 aircraft feature 2 pairs of overwing exits, instead of one-pair configuration which is the standard on most Airbus A319.

Onboard sales are a major part of the ancillary revenue of the airline. Gifts like gadgets, cosmetics, fragrances and easyJet-branded gifts are sold onboard, as well as train tickets or tickets for airport transfer services. The monthly inflight magazine of the airline is called The Traveller. 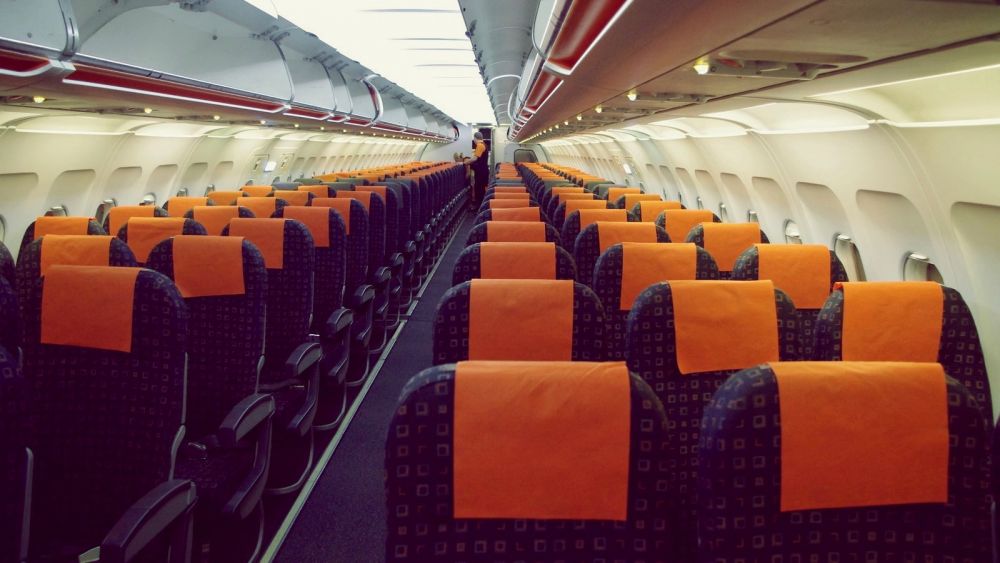 All EasyJet clients can take one cabin bag onboard. There is no weight limit but the carrier asks that passengers are able to lift it by themselves into the overhead locker. If someone's bags are bigger than the maximum allowed by the airline, they can’t go in the cabin and EasyJet will have to check them into the plane's hold for a charge.

Initially EasyJet booking was only by telephone, with all of the aircraft painted with the carrier's booking telephone number. Travel agents do not book flights on the airline as it doesn't pay commissions, which is a standard practice for low cost carriers.

In December 1997, a design and advertising agency of EasyJet suggested to Stelios Haji-Ioannou to consider trialling a direct bookings' website. His reply was "The Internet is for nerds, it will never make money for my business!". However, other EasyJet executives saw the potential and approved website trial involving a different telephone reservations number for the website, just to track success. After Haji-Ioannou saw the great results he changed his mind. An e-commerce website for real-time online booking started in April 1998. It was the first such website for a European low cost carrier.

In December 2001, EasyJet switched from a 3rd-party reservation system to in-house system. Internet bookings were cheaper than booking by telephone, reflecting the reduced call centre costs. The aircraft were all repainted with the web address and within a year more than 50% of bookings were made via the website. In April 2004 the figure had jumped to about 98%.

EasyJet does not offer complimentary food or drinks on its flights. The only exception are some occasional charter flights that are operated by the airline. Travellers may buy items onboard from the buy onboard programme called "easyJet Bistro". As EasyJet meals aren't included in the price of the ticket, the carrier offers a large variety of fresh food, healthy inflight snacks, snack boxes and more in its Boutique & Bistro inflight shop. Whilst the range of foods and drinks may vary slightly, depending on where passengers are flying to and from, it generally offers the same products across Europe.

EasyJet passengers are allowed to bring their own drink and food onboard to consume.

Disclaimer for airline EZY data
Easyjet (EZY) information and dates are derived from PlaneMapper database. The data is for informational purposes only and PlaneMapper is not responsible for the accuracy and reliability of airline Easyjet data.