IndiGo is an Indian low-cost airline based at Gurgaon, Haryana. It is the largest in India by fleet size and passengers carried, with a nearly 40% market share (October 2017 data). IndiGo is also the biggest individual low-cost carrier in Asia in terms of passengers carried and jet fleet size, and the 7th largest Asian carrier with more than 41 million travelers carried in 2016. IndiGo airline has its major hub at Delhi's Indira Gandhi International Airport.

The airline was established as a private company in 2006. Its founders were Rahul Bhatia (InterGlobe Enterprises) and Rakesh Gangwal (U.S.-based expatriate Indian). IndiGo took delivery of its first airplane in July 2006 and started operations the following month. In 2012 the airline became the largest carrier in India in passenger market share. IndiGo went public November 2015. 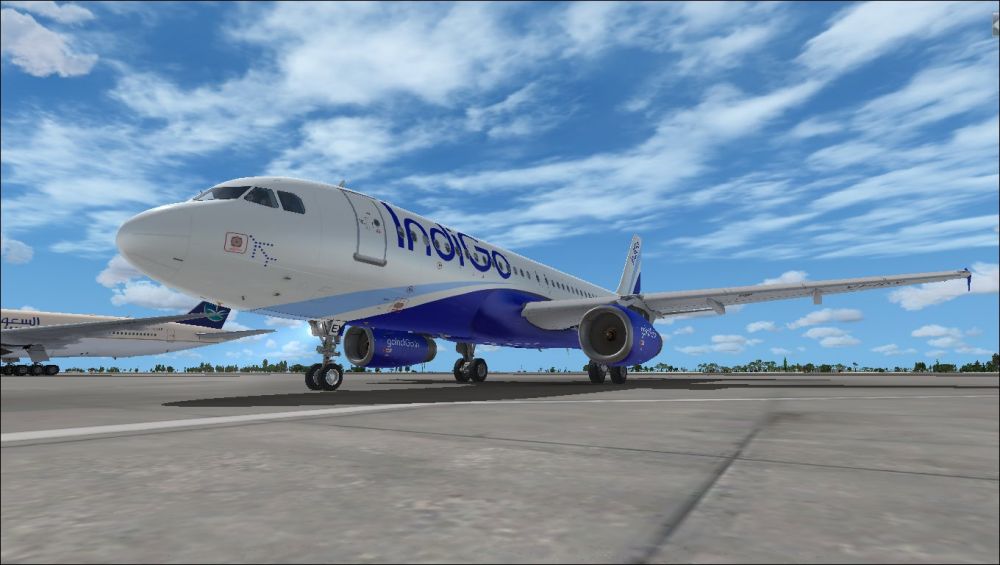 As of January 2018, the IndiGo airline operates over 1000 daily flights to a total of 48 destinations, of which 8 abroad and 41 in India. Its main base is situated at Delhi, while additional bases are located at Ahmedabad, Bangalore, Chennai, Hyderabad, Jaipur, Kolkata and Mumbai. In January 2011, the carrier received a license to offer international flights after completing 5 years of operations. The first international service of IndiGo was launched between New Delhi-Dubai on September 1, 2011. International services were expanded to serve Bangkok, Kathmandu, Muscat, Singapore, Sharjah & Doha.

Being a low-cost carrier, the IndiGo airline offers just economy class seating which accommodates 180 passengers per aircraft. In order to keep fares low, the company does not provide complimentary food in any of its flights, although it has a buy-onboard in-flight meal programme. The in-flight magazine published by the carrier is named Hello 6E. IndiGo offers no other in-flight entertainment.

Premium services are provided, where the travelers can avail additional benefits, such as a pre-assigned seat, priority check-in and multiple cancellations at a higher fare. IndiGo airline also has an In-Flight Shop in which guests can buy models and other daily use items.